Rose toys have become very popular, and many users who buy them are worried about whether there is radiation when using rose toys. Then let’s examine the topic.

What is the Electromagnetic Field?

Natural EMFs are not bad for humans, such as the sun’s radiation and the earth’s magnetic field, which are suitable for life.

Some LED lights, fluorescent lights, etc., flicker too fast for us to understand visually, and it can cause damage to the eyes and brain.

Since electromagnetic radiation is diverse, we must distinguish what type of rose toys. We can determine rose toys by the following classes.

The classic version, the rose toy with a sucking function, is like a rose with only one rose head. This single-headed rose toy has only one motor inside, no wireless operation, and no Bluetooth connection.

The rest of the single function of the rose toy is similar to this, only a circuit board, plus a motor, PVC, external silicone, and other production.

So the equipment that may produce radiation is the circuit board and motor.

But this simple device circuit board functions single, the motor is relatively subtle, the exterior is also wrapped in a plastic shell, the outermost layer is silicone, and the radiation generated is minimal.

This kind will come with a Bluetooth function, and since Bluetooth occurs wirelessly, the radio frequency of Bluetooth brings a certain degree of radiation.

So the rose toy will emit EMF radiation, but radiation is also divided into the degree of low to high.

Bluetooth usually switches comments to fight against interference and signal fading. Bluetooth works at 2.402 to 2.480GHz, the same frequency as Wi-Fi cell phones.

Bluetooth will not transmit too far away. If walls are blocking it, It will attenuate the signal a lot.

Since Bluetooth can also emit energy, it can be called a source of radiation, and this radiation is called electromagnetic radiation (EMR)

According to the degree of radiation, EMR can also be divided into ionizing EMR and non-ionizing EMR.

Ionizing EMRs are functional radiations with higher frequency waves and shorter wavelengths on the far right side of the electromagnetic spectrum, such as gamma rays and X-rays.

They are characterized by their high energy and ability to expel electrons in atomic orbitals.

By changing the charge of an atom, ionizing EMR can completely change the atomic structure of a substance. For example, it can change the body’s cellular network through high levels of ionizing EMR in the body, leading to cancer development.

But It can also use non-ionizing EMR to heat substances, such as microwave ovens that use microwaves to heat food.

Bluetooth is a non-ionizing EMR, and in general, Bluetooth is safe for the body and does not affect our health.

The specific absorption rate (SAR) level of Bluetooth is also relatively low, proving that there is little danger to the human body.

SAR is the energy absorbed per unit mass rate when the human body is exposed to radio frequency (RF) electromagnetic fields. In different countries, devices with RF capabilities need to comply with specific SAR levels to ensure human safety.

The U.S. Federal Communications Commission (FCC) requires SAR levels below 1.6 watts per kilogram (W/Kg) for cell phones, and the European Union requires that handheld devices, such as cell phones, have a maximum SAR of no more than 2 W/Kg.

These are considered safe levels for humans, and SAR levels for Bluetooth devices, for example, may be much lower.

The power density of Bluetooth devices such as cell phones is 10 to 400 times lower.

For example, Apple’s Airpods have a SAR value of 0.072W/kg for the head and 0.603W/Kg for the body. Apple’s AirPods have a Class 1 transmission power, higher than the other Bluetooth devices, and a relatively higher SAR value. Most Bluetooth headsets belong to category 2 or 3, so the SAR value will be lower.

Then the rose toy is also safe to use in the human genital area, and its SAR value will be much lower than the requirements of the U.S. Federal Communications Commission.

But since Bluetooth communication devices still emit radiation, you must be vigilant. Although non-ionizing EMRs do not pose a cancer risk in terms of physical and technical principles, some people can still have health problems from these small radiations.

How Much Radiation Do Rose Toys Emit?

The radiation from the Rose toy comes mainly from the radio frequency of Bluetooth, where the circuit board and motor are relatively small, and the engine is placed in a tin with isolation.

What Problems Will EMF Bring?

We know what EMF is now, so what problems will EMF bring? How does it affect the body, and what are the common symptoms?

In addition, studies have shown that there is an association between cancer and EMF.

If you are suffering from one of these diseases and are not entirely cured after all the treatments, consider if EMF affects you. You can try a different environment or try to go to the EMF equipment for a while.

How to Reduce the Impact of Emf?

We live in an environment full of EMFs. What can we do to minimize the impact of EMFs?

Get close to nature

Use a gas stove

If you are still using an induction cooker, switch to natural gas and change your electric stove to a gas stove, which does not produce EMF.

Stay away from microwave ovens

If you often use microwave ovens, electric ovens, etc., then try to stay away from them when you use them. Although they have settings to prevent radiation, there is no stopping the fact that there will be subtle leakage. When finished using it, try to disconnect the power.

Avoid putting your cell phone in your pocket

The radio emitted by the cell phone and the sophisticated circuit board inside the cell phone can generate EMF. If you want to completely prevent this type of EMF, then when you go out, put the cell phone in your bag and not in your pocket.

Since the pocket is close to the male genitalia and the female genitalia, if you receive radiation for a long time, it can harm the pregnancy. However, almost all mainstream cell phone manufacturers say that their cell phone radiation is in line with health standards and will not negatively impact the body, but we need to be careful.

We can buy EMF shields, such as our Bluetooth wireless headphones. You can buy a shield to cover the Bluetooth headset case so that the headset can not emit radio to the outside when not in use. It will not produce radiation.

Can Bluetooth Cause Infertility?

Can the use of rose toys lead to Infertility? A 2009 study in the journal Infertility mentioned that using a cell phone near the testicles can expose them to harmful radiofrequency waves, affecting sperm quality.

A follow-up study found that extended cell phone use affected sperm parameters such as sperm count, sperm morphology, and sperm fragmentation rate, which was thought to result from increased oxidative stress due to EMR emitted by cell phones.

But oxidative stress in sperm doesn’t apply to Bluetooth devices because they are usually used away from the testes and not often in the lower body.

So there is uncertainty between Bluetooth devices and male Infertility. 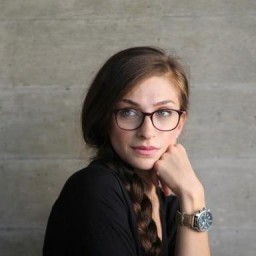 Patricia WilsonI'm Patricia Wilson, and I've been writing about sex toys for over 10 years. I focus on the sex toy industry and how to attain optimum sexual satisfaction. I aim to educate people and give them the proper orientation about sex, sexuality, and sexual fulfillment.
Posted in:
Learn
Previous article
Lovense Not Working | How to Fix It?
Next article
Rose Toy Near Me | Find The Best Rose Store
Leave a Reply Cancel reply

Offered in the country of usage

Before you go, let us offer you a 10% discount coupon for your next purchase.